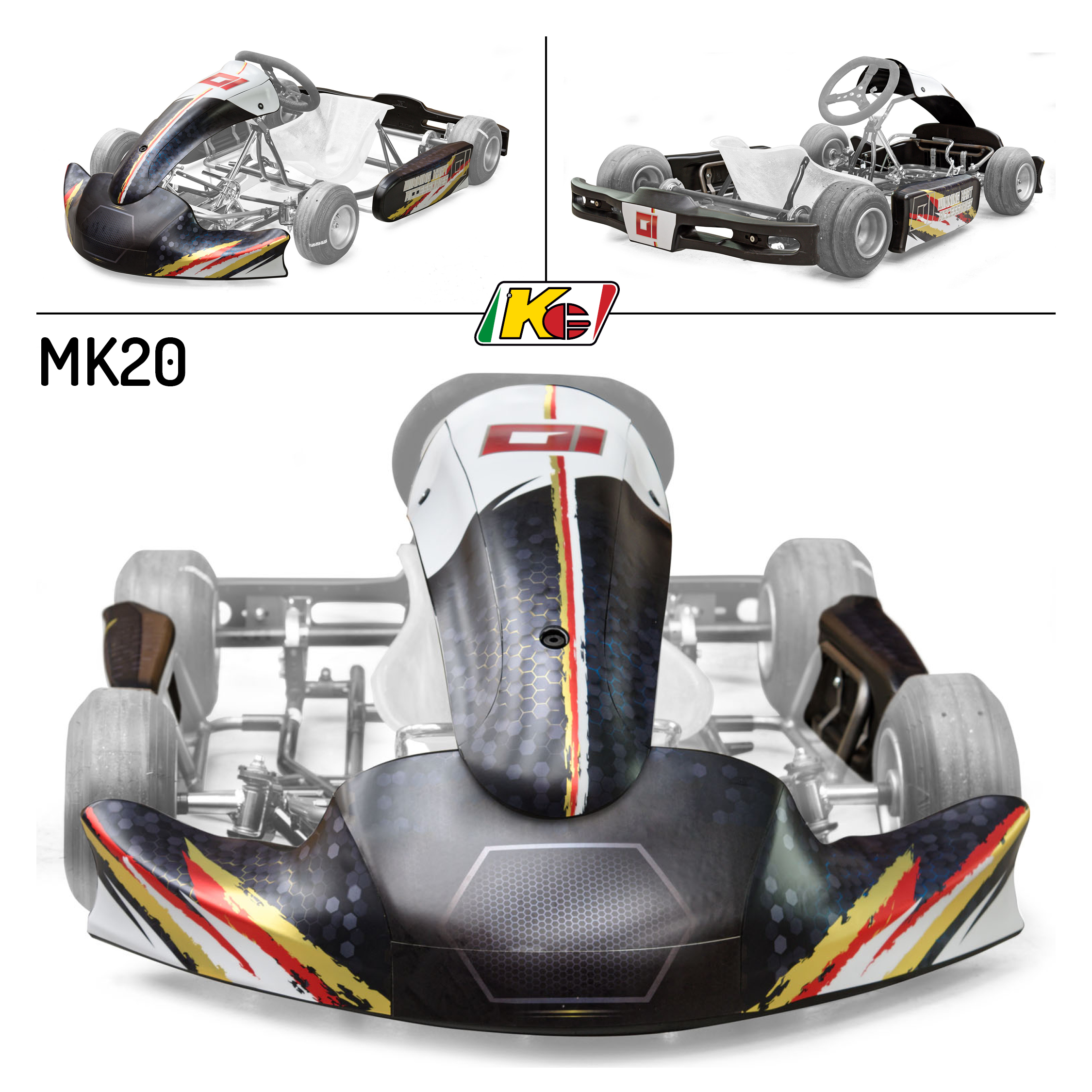 KG present the new MK 20 bodywork kit , pairing with the HULK rear bumper/spoiler system. The goal for the MK 20 design project has been to address the aerodynamic of the bodywork as related to the chassis, taking into account and optimizing the frontal area and the air impact and the resistance to motion advancement. We created with the MK 20 a covering and curving front with no flat surfaces. CFD research allowed us to improve the total resistance to advancing motion of 6.7%, with a concurrent increase of downforce of 18%. 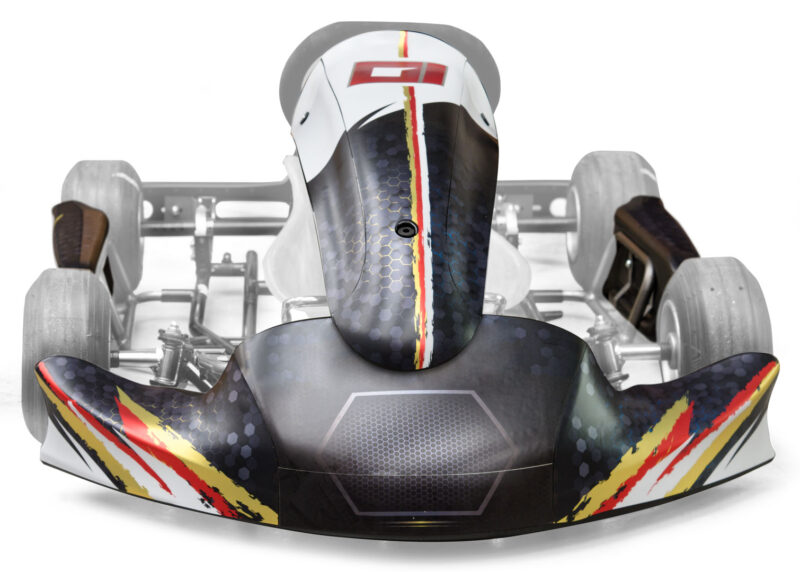 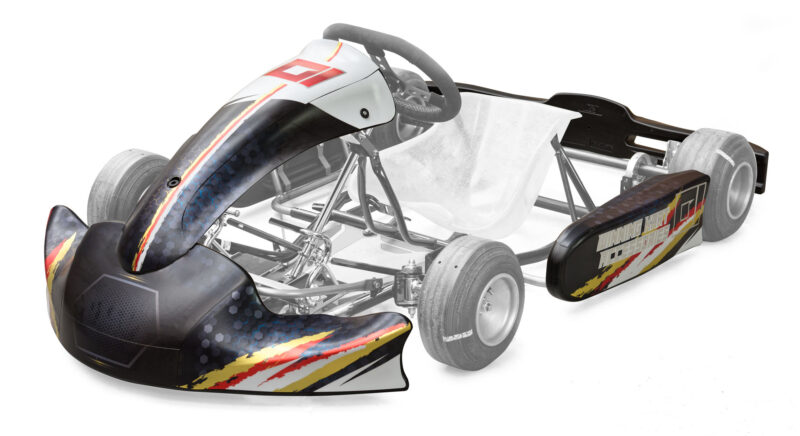 The improvements were obtained without penalizing the overall bodywork kit with weight, despite having bigger dimensions of the front spoiler, also, decreasing the weight of the side pods, now lower than 500 grams. The rear spoiler HULK measure a mere 850 grams. The full MK20 kit with the rear protection HULK it is actually 850 lighter compared to what used before. The MK14 kit had great success in the last few seasons and so has been now CIK homologated, same thing for the rear bumper/spoiler “TRIS”, made of the 3 parts and so being adjustable. This will allows KG to offer 2 fully homologated kits of bodywork for the cadet-minikart classes. We like to remind you that CIK FIA rules do allows for mixing of all the homologated parts and items, to the effect that it would be possible for example to utilize the front MK 20 and the side MK14, or otherwise.